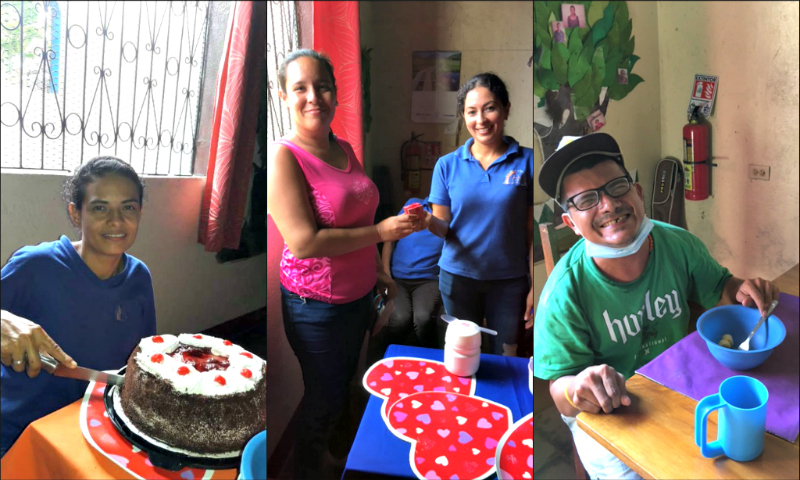 We had a good start with the residents with an intellectual disability in our community home. We had fresh ideas for our activities centre which runs afternoon programmes for intellectually disabled adults in Juigalpa. We felt we became better known because we regularly received first-time visitors who learned about our work in December, the month of mercy.

In March the coronavirus caused a set-back. We opted for a voluntary lockdown and a certain degree of self-isolation, because the Government did not provide information or take measures to combat the virus. In fact, the Government was in denial about the seriousness of the virus. The official statistics on the number of corona deaths of the Ministry of Health were only a fraction of the number of deaths reported by independent medical organisations. From March till mid-December the Government reported 162 deaths and 5,887 infected people, versus 2,822 deaths and 11,557 infected people reported by independent sources. Many Nicaraguans heard stories about the impact of corona from relatives who had emigrated to Spain, Italy and the United States, and opted to take their own precautions. And so did we.
So from March onwards we were no longer able to involve the Juigalpa population in our work the way we would have wanted to. Our out-reach aimed at creating goodwill certainly suffered. For example:

In June and July the situation worsened and hospitals were overrun with corona patients. Funerals were purposely held during the night. The Government had to admit that wearing a face cover was essential.
We had to take additional measures:

Since October, corona seems to have eased off in Nicaragua, with few newly reported infections. Therefore:

The country is not doing so well. Poverty increases because of rising unemployment, more taxation and rising prices. There is more political oppression of differing viewpoints, and increased censorship. Two hurricanes (ETA and IOTA) took the same route over the north of Nicaragua, which only marginally affected us in Juigalpa.
Finally But we’ve also had many occasions for celebration: birthdays, send-offs for employees leaving us; and saying farewell to Rommel; signs of support from the community around us: receiving a meal or something tasty, money raised for a day trip to the beach in December, etc.
We feel grateful and blessed for what has come our way and which has made us stronger. We thank you for your involvement through prayer or gifts in money or kind. Together we work towards a better world!