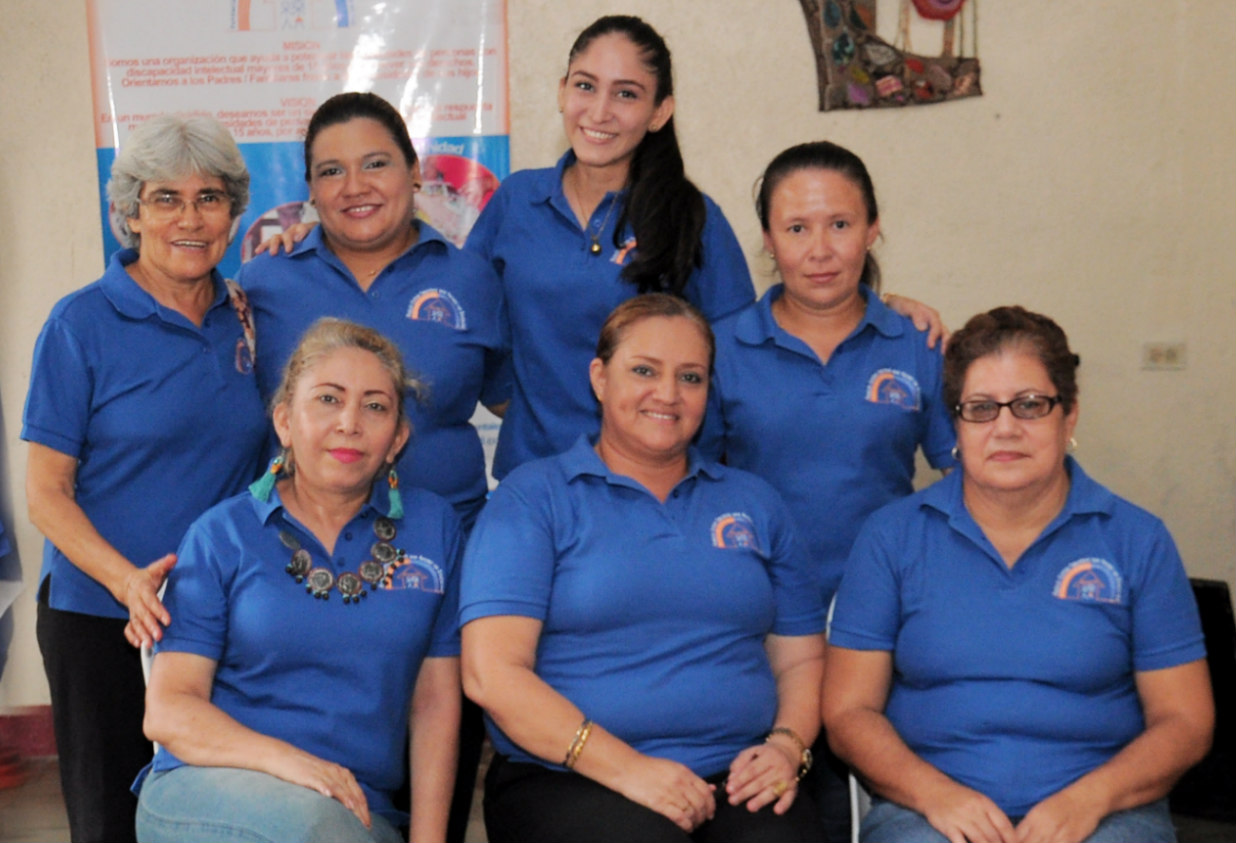 In the last quarter of 2015 great strides were made to move from ‘reflection’ to ‘action’.  November  3rd 2015 was a particularly important day because on that day  the reflection group gained  official legal status and became a foundation called the ‘Fundación Cristiana Comunitaria para Personas con Discapacidad Ruach’, or  Fundación Ruach for short.

The group consists of nine people,  among them people who work for the Ministry of Education, for social care organisations, teachers, a doctor and some nuns.

Astrid Delleman, a Dutch woman and one of the initiators, is part of the group. She is a specialist in special needs education and has extensive experience in working with intellectually disabled children and in supporting their families in Juigalpa, as well as in towns in other countries in Latin America. Samen met haar zoon Jonathan, die een verstandelijke beperking heeft, verhuist Astrid in 2015 naar Juigalpa. In October 2015 Astrid moved to Juigalpa with her son Jonathan who also has learning difficulties, financially supported for two years by a Dutch NGO that is part of the umbrella organization Mensen met een Missie (People with a Mission).

Our organization is increasingly inspired by the philosophy of the international organization l’Arche (The Ark). Many Ark communities, in which people with and without physical and intellectual limitations share life together, exist in several countries all over the world. Members of the original reflection group learned from contact with Ark communities in Argentina, Honduras, Belgium and the Netherlands, and the Latin America Ark representative visited Juigalpa and provided moral support.

Of course we hope that eventually the contact with The Ark will result in an official link relationship. But even if we do not succeed in that, we will continue to benefit from the valuable insights we gained, which will inspire us to shape our own unique community.