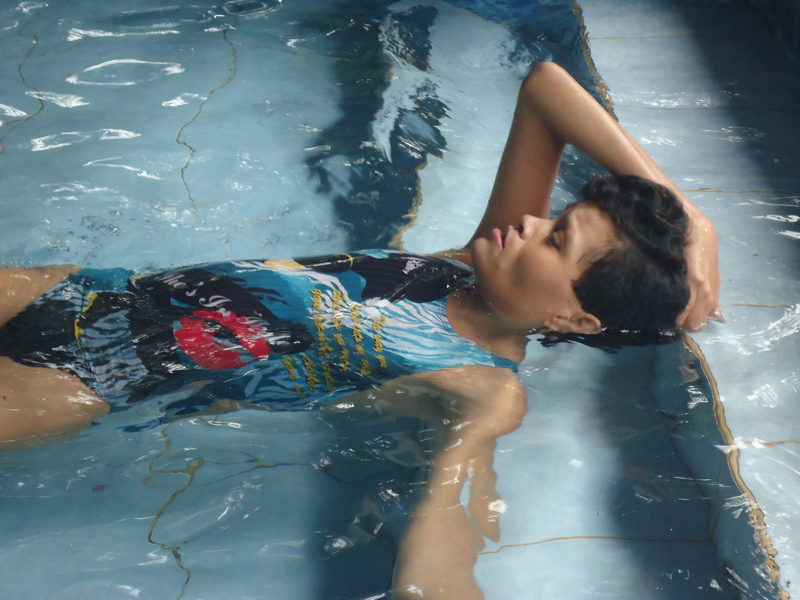 What luck that I was in the Netherlands on the last Wednesday of March and was able to be part of a dinner served in Loyda’s Café in the Pompe clinic, location Zeeland, and to talk about Ruach’s work with inmates and visitors of the clinic.

For more than a year now a group of people inside the clinic has been very involved with our work. Activities are organized to raise money for our work in Juigalpa. It all started through the initiative of Han (not his real name) whom I have known since my student days when I got to know him through visits to the Mesdag clinic in my University town through which a special friendship has developed.

Campaign for Juigalpa
Han loves cooking which gave him the idea of setting up a café named after Loyda, one of Ruach’s core members. For most of Loyda’s life she wasn’t seen in society, because no one paid any attention to her. Together with her brother Daniel she lived in a windowless room built from plastic and other scrap materials, more or less hidden from view. Three years ago Loyda and her brother moved to our community home which considerably improved their living conditions, and they became more visible and loved members of society.

Han cooks for inmates and visitors in Loyda’s Café once in two months with attendance ranging from 20 to 50. This time we were with about 30 people from inside and outside the clinic. It was heartwarming to be present at the two-course menu and to feel the involvement of this special group of people in what we do in Juigalpa.

Gifts
After the meal everyone made a voluntary donation for the food to support our work in Juigalpa. A quick count revealed we had raised € 385! But there was more. The inmates also had prepared a gift for the core members of the Ruach community. Rucksacs! Fortunately I was notified about this bulky gift beforehand. I had arrived in the Netherlands with hand luggage only, so how could I carry 14 rucksacs with me on my remaining tour of the Netherlands on public transport and then out to Nicaragua?

But the gesture of the inmates was great. They had received a rucksacs at Christmas, but for many of them this was not very useful, and the thinking was that the core members of our community would be much happier with them.
Logistics  There are no problems without a solution. With creativity and the right attitude one can move mountains. Over the years I’ve learned that ‘coincidence’ does not exist, but that miracles still do! Thank you Victor, Petra and Peter and son Bram for the part you played in handing over to me at Amsterdam Airport a checked-in suitcase with 14 rucksacs for me to take to Nicaragua.

Handing over  The last picture shows the handing over of the rucksacs at the lunch in the community home to welcome me back from the 3-week trip. Once again there was pizza to make the lunch extra celebratory. After a brief explanation I gave every core member his or her rucksac. Miguel was especially proud to have his, beautiful to see.

Next week the participants of the activities centre will receive their rucksacs. No doubt they will be equally pleased. And that’s makes it so worthwhile: to get a gesture from heart to heart to its destination. Once again we have shown that together we can make a difference!