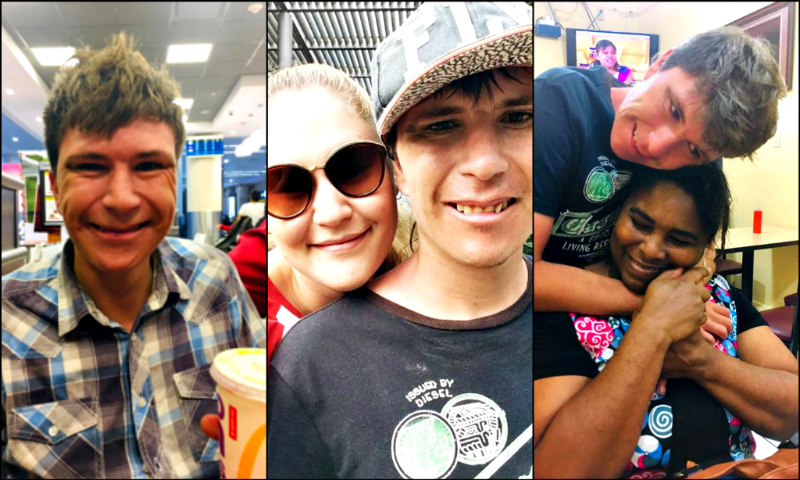 One moment we are in Guayaquil, Ecuador, and the next we are back in Juigalpa, Nicaragua. The two towns have about the same climate, the same language, and almost the same time, but otherwise the two towns are worlds apart. Guayaquil is a metropolis housing about 3 million people; Juigalpa is a regional town with about 80.000 inhabitants.

Upon our return to Juigalpa, my weekend off is about to start, and I’m back . in the house that serves as Activities Centre and office during the week, but which is my ‘hide-out’ in the weekends where I by special arrangement can spend my days-off in total peace. For me this is a blissful start to being back home.

I’m still glowing from the good period Jonathan and I had in Guayaquil. We stayed with my daughter Daniella and her friend. They came to collect us from the airport. Jonathan’s face meeting his sister again speaks volumes! (picture left) This holiday was planned to be a family reunion. Meeting Daniella after a long time (picture middle) is especially important for Jonathan who, because of his limitations of autism and intellectual disability, cannot make real contact via telephone or Skype. We have plenty of time to reconnect on this holiday, not only with Daniella, but especially also with the women whom we still knew from the period 2003-2006 when we lived in Guayaquil. They were part of Jonathan’s ‘home-stimulation team’ which I had headed up. With all of them Jonathan has a song or a phrase in common that characterizes their friendship. It was moving to see how all of them enjoyed communicating in that way again (picture right).

A welcome result of our holiday is that Jonathan is more relaxed now. With his limited vocabulary of about 500 words he cannot express how he feels or what he wants; it’s just enough to communicate about the things of daily routine life. But it seems as if he is more aware now that his sister is still ‘somewhere’.

When we settled in Juigalpa more than three years ago, he was very content for the first three months, but then became disturbed and unsettled for several months. Somewhere he realized that our stay in Juigalpa was not a holiday as he was used to, but was going to be more permanent. Very very slowly he has been able to get used to his new environment and to accept and embrace his new reality.

The other sad side of this is that I can no longer take Jonathan for a holiday to the Netherlands. He would expect to pick up his old life there again; live in our old home and go to the activities centre he used to go to. Because of his limitations Jonathan has become a creature of habit, routine and rules. This is sad because Jonathan has a special bond with particular people in the Netherlands that we would not be able to visit anymore. In some way Jonathan feels that loss.

Most people would not find emigrating to a new country easy, especially if the choice to emigrate is made for them instead of by them. Jonathan had no choice in my decision to move to Juigalpa, so it was not easy for him. But it is beautiful to experience that also people with intellectual disabilities have the strength in them (albeit with a lot of support) to get through that process in a good way.

Jonathan is happy to be back home again. But I do have to write 20+ pages further down in his diary that ‘not so soon’ we will have another holiday to visit his sister!