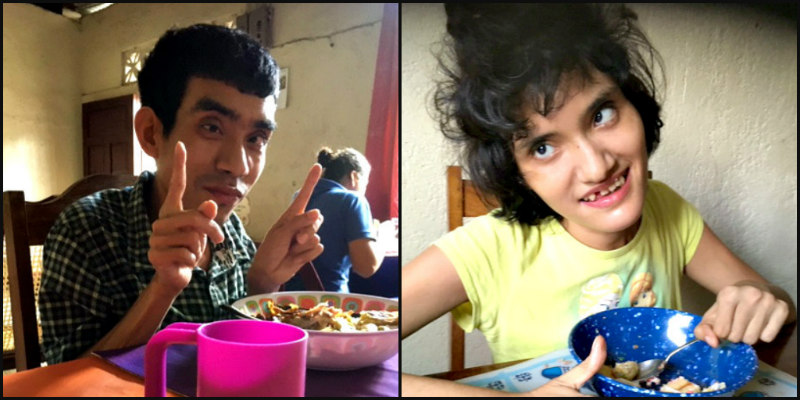 And there I am in court. During the COVID pandemic I prefer to avoid public places, but there are exceptional circumstances at times. We are in a process of getting our core member Manuel, who wasn’t registered at birth, recognized as a legal citizen.

It’s not exceptional in Nicaragua that a child does not get registered at birth, especially if one lives far away from a registration office and the child concerned has a disability. To correct this oversight later takes a lot, yes a lot, of effort!

History
In my 17 February blog I mentioned I had visited the Higher Election Council with the father of Manuel and Maria Elena in an attempt to get Maria Elena an identity card and to get Manuel registered. The father visits his children only a few times per year as he lives far away. I ended my previous blog with: “Everyone was well-pleased with his visit. So now we will put all our energy and prayers into reaching the happy ending of Maria Elena and Manuel becoming fully-fledged Nicaraguan citizens”.

What happened next?
One month later Dad came to visit again, determined to get his children legally recognized as citizens. Maria Elena’s case was easy as she was registered at birth. Together with his sister and another daughter who could act as witnesses, Dad and Maria Elena went to the Election Council again to start the procedure of getting an identity card for Maria Elena. They were also armed with a witness statement of a solicitor confirming that Manuel was not registered at birth and a request to rectify this now.
And hooray, a few weeks later I was informed by phone that Maria Elena’s identity card was ready for collection, without any further ado.
A few weeks later again I was called by the solicitor. He had sent his document to the authorities in Managua which resulted into the official confirmation by the authorities that indeed Manuel was not registered in any population register. I was authorized to collect this confirmation document on behalf of Manuel and his family. Step 1 of 3 was successfully completed!
In the meantime Dad, because of the corona virus pandemic, could no longer continue his monthly visits to us to follow-up on the next stages of the process for Manuel.

Step 2
Step 2 was requesting the police to investigate that Manuel really exists. I tried my luck by going to the police station; that was early in May. They agreed that I, being the supervisor at the home where Manuel lives, could make the official request. The procedure was going to take 2 or 3 weeks. When I phoned after 3 weeks, Manuel’s case had moved close to the top of the pile. When I phoned after 4 weeks, it appeared that due to illness among staff there had been further delay. This did not give me confidence. As I am notoriously bad in just waiting, I decided to try plan B and phoned someone working at the police whom I had been working with in the early stages of starting the Ruach Foundation. I asked her whether she could do something. Partly because of her help we were visited by the police relatively soon at our home to see and talk to Manuel and to some of us as witnesses. Three days later I was asked to collect the official document that Manuel exists. Step 2 of 3 completed!

Step 3
Step 3 is that the Court needs to decide whether Manuel can belatedly be registered. Two weeks ago I went to the Court. I was able to make the official request, accompanied by a lot of paperwork, submitted in triplicate. I was told we would hear within 14 days either when the court case would be held or that I was not considered to be the right person to start the procedure. The reply came quickly, somewhat unexpected! But it wasn’t the reply we wanted. The paperwork was sent back, because we were told the father needs to start the procedure.

Who knows when Dad will be able to travel again. Maybe it is time for another plan B! We’ll keep you posted on the Step 3 on-going story.