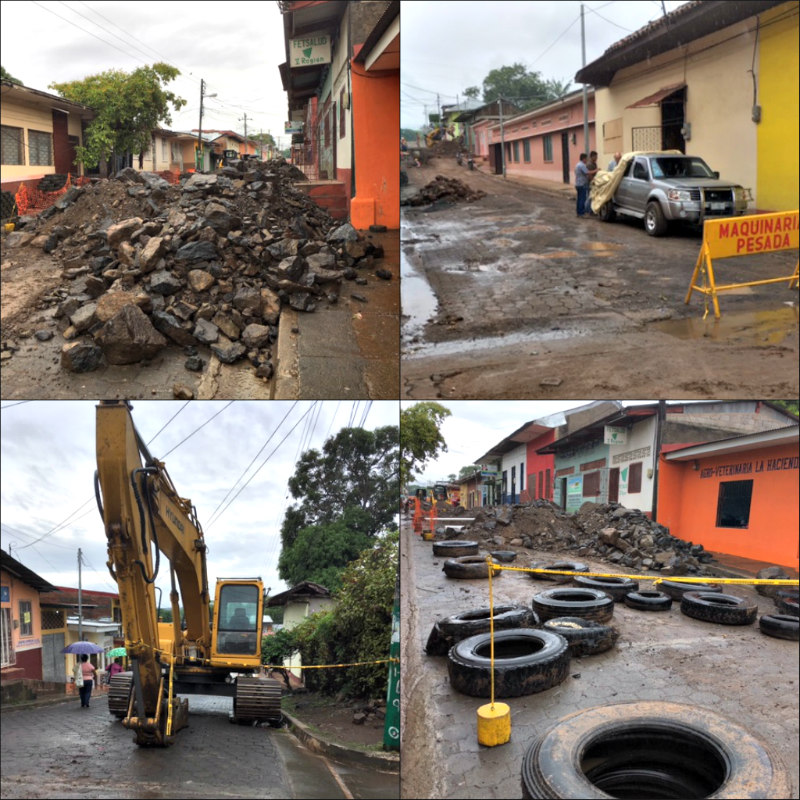 “Modernising the town” is the catch-phrase of a big project in Juigalpa to improve the system for draining waste water and disposing of toilet waste. Up to now domestic water used for washing has been disposed of directly into the streets and eventually disappears into the rivers that surround Juigalpa.

Toilet waste is collected in deep cesspits then collected by a special company and dumped elsewhere. Last year several information meetings were organized in which the ‘where’, ‘why’ and ‘how’ of the project was presented. The aim of the project is to stop the polluting of the rivers around Juigalpa with obvious benefits for public health, including some reduction in the cases of malaria, dengue fever and zika It is anticipated that the work will take three years. In our area of town many people came to the information meeting. There were two presentations made by engineers and a community worker, followed by an opportunity to ask questions.

Drainage and sewerage project
A loan from South Korea is funding the project . In nearly all parts of the town pipes are laid into the ground, after which it is up to the citizens to arrange for them to be connected to the mains. It is an immense undertaking creating chaos (see pictures) as all the streets in a part of town are ripped up and sometimes households can lose their water supply without advance notice.

Implementation
People were also promised that there would be neighbourhood meetings prior to the start of the work in the area, because it is hard to implement the project without collaboration from the neighbourhood, but this turned out to be a false promise. People had no idea when their street would be broken open, or how many days the work would take. The work in some streets took longer than in others. Some streets were broken open and closed again more than once. It has not done much good for the quality of the roads.
It is no joke in these conditions to be a (public) taxi driver. One never knows which roads are passable and the picture changes every day and for an unknown period.

A happy ending…?
That is what we are hoping for. But in the meantime people are restless and grumpy about the high level of inconvenience caused by the project. We’ll keep you posted.